My Journey Into (And Out Of) Debt 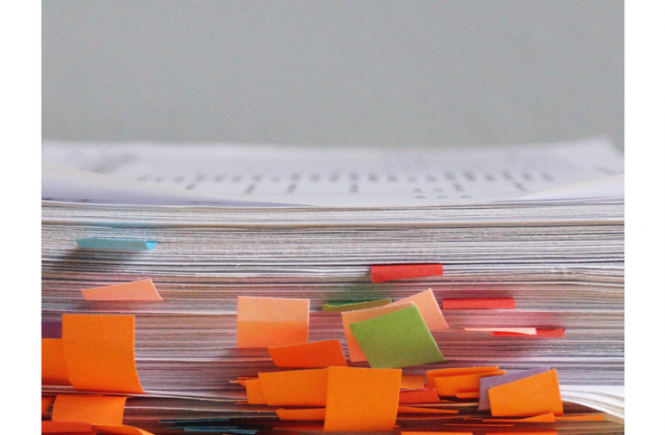 Getting into debt and making it out the other side: my money journey.

Even though I’ve alluded to my time as a single parent living on a low income, I’ve never gone into any detail about my experience of debt.

It seems so long ago now… yet I can still remember the way I felt when I realised how bad the situation was, and how much worse I felt when I realised what had got me there. Debt can be a crushing weight on a person’s mind and heart, and it doesn’t help to form preconceptions about why someone has ended up in debt. As you’ll find out, we can end up in the same situation by very different means.

I was a very naïve 20 year-old when I met my first husband. Very quickly, he started to shower gifts on me and treat me to the kind of lifestyle that I’d never experienced – or even dreamed of experiencing – before. It was, I’ll admit, very exciting. I was tired of being poor, and tired of worrying about how to pay for my college tuition, but I never felt as though it was too much until I was suddenly asked to be a wealthy man’s wife. After that, my old life seemed pretty shabby.

The only problem was, the man wasn’t actually wealthy. I figured this out very quickly (after the engagement but before the wedding), and it was ok; I was in it for love and for the long haul. After all, I never had two cents to my name so I wasn’t going to pass judgement on anyone because of their lack of money. However, I didn’t realise that much of his lifestyle before we were married was funded by credit cards, and I didn’t realise how important that lifestyle was to him.

After moving back and forth around the world, whirlwind-style, I settled down to life as a stay-at-home housewife, which was a shock. The reasons are a bit long-winded but for a time I couldn’t find work, and then my son came along. Living on one wage was not impossible, as that wage was good, and our lifestyle became more and more comfortable. There were holidays, major home improvements, lots of gadgets and going out with friends.

My husband’s ideas for sorting out our cash flow problems were to remortgage the house and use the money to pay off his credit cards and loans. I signed on the dotted line, of course. He moved from his job to a better one, then a better one, and soon he was making quite a lot of money. Despite this, we were still dogged by money problems and I didn’t know why. As I’d said before in this post, I had no faith in my ability to earn money and I had come to believe that I’d never be as good at making money as he was, so I convinced myself that I’d never be able to really understand money and how it worked.

Eventually, however, the cracks began to show, as they always do – cards being declined at the till and bills bouncing. I always felt guilty about not having my own “real” job, so I cut back on as much spending as I could and worked hard at my business selling handmade baby clothes and homewares. I suggested making a packed lunch to save on eating out at work, but that made him angry at the thought of embarrassing himself in front of his colleagues. I suggested that I could handle the budgeting for a change, but that was shot down as well. He didn’t want to hand over the reins, and I couldn’t push it; it wasn’t my money, after all.

We were permanently thousands of pounds deep into our joint overdraft. Things got worse… I was constantly on edge about money, but the new gadgets and home furnishings still kept on coming home with him. I started to worry that we were going to lose the house, and that there was nothing I could do to stop it.

I rarely checked the bank statements – I would ask him instead if we had enough money for the things we needed to get at any point in time, or for certain bills. When parking ticket fines started to come through the letterbox on top of the unpaid bills, I started to feel frantic. 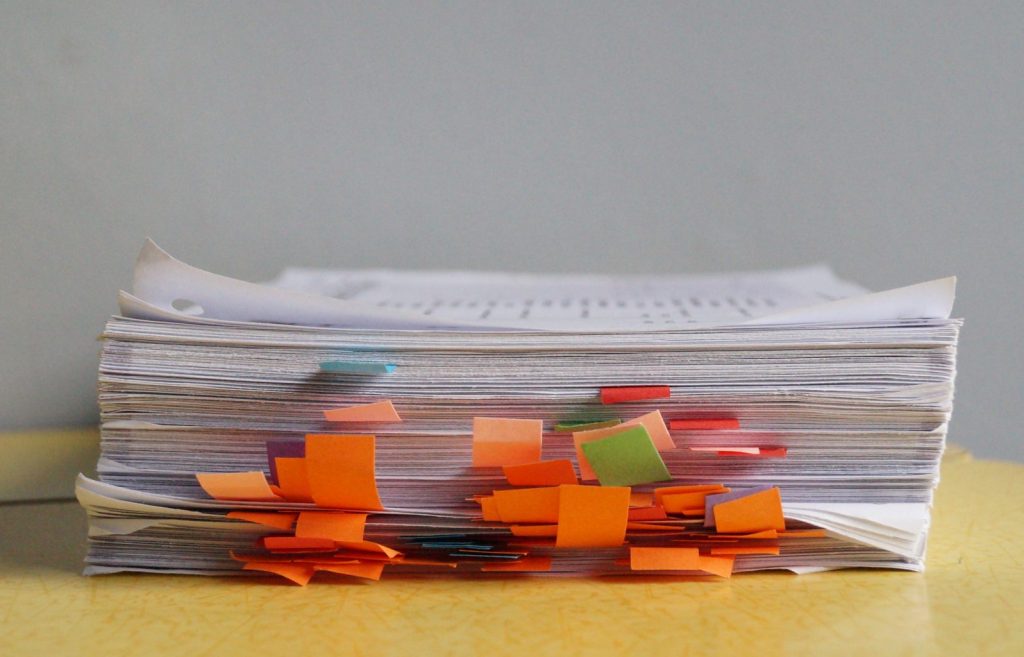 Gradually, my husband stopped coming home; occasional overnight stays in London when he said he’d missed his train because of work, and trips away. Days away turned to weeks, with no explanation.

The answer came when I discovered, through some emails, that he had been having affairs. There I was, with a two year-old, in a house with no heating that was in serious disrepair and in real danger of being repossessed, with a hefty overdraft and fees mounting by the day… and the realisation that I was the last of many people to know that my marriage was over.

I looked through the bank statements. Where was the money going? Meals and drinks at lunch and after work, private members’ clubs, hotels, flights, overseas cash withdrawals… and then suddenly as clear as day, I realised that I could trace the affairs through his spending. I felt even more of a fool.

Bailiffs and businessmen turned up at my door, looking for money that my ex husband owed them. I had no idea where to send them, as he had given me a string of false addresses. The dread of losing the things inside of our house, as well as the roof over our heads, was dark and extremely heavy.

Stress was a constant feature in my life by this time, and the fear of what our family breakdown might be doing to my son often became unbearable.

My part in the problem

It would be easy for me to say that I was a victim of someone else – that he got me into debt. Yet I was, for years, a passenger. I assumed that I didn’t know enough and that my husband knew best, and would make the best decisions for our family’s sake. By the time I realised that wasn’t true, it was too late.

Digging us out of debt

Having to explain to staff at my bank branch that my marriage had broken down was mortifying, but I needed to be removed from the account as my ex was still using it to fund his new life (holidays etc), putting it further into the red.

The process of clearing the debts was simple in theory, but torturous in practice: my ex-husband had gone, but didn’t want to provide child maintenance for our son. He also wasn’t satisfied with the price at which the estate agents wanted to sell our house. He wanted more money, naturally, but the house needed work and maintenance – it was an unwanted attachment to his old life.

This meant that agreeing on how to finalise the split took a very long time.

I carried on with selling things I made at craft markets and sold everything else that I could on eBay, and some extremely kind friends volunteered to come to some car boot fairs with me so that I could raise some more cash. I couldn’t start to list the generous acts of kindness that my friends showed me during this time; if not for them, I don’t know how I could have managed.

After months of stalemate, the house sold at auction for less than my ex-husband was happy with, but enough to (after splitting it equally) allow me to pay 6 months’ rent for myself and my son up front. The overdraft was settled out of the proceeds, and before long I was legally divorced and living in my own little home with no fear of bailiffs or disgruntled creditors.

One nasty surprise was a bill from the tax credits office a year later asking for over £1000 to be repaid due to an overpayment – because I hadn’t reported my marriage breakdown promptly enough. At the time, there was so much swirling around me that I have no doubt that I was late in making the call, but it was probably due to not being able to believe that life as I knew it was over.

It felt like a cruel joke, to finally be free, but then to be pulled back into the mess by this joint debt. Still, I paid half – the half for which I would have been liable, as it had been paid into the overdrawn bank account and had promptly disappeared.

Bizarrely, I received another letter in 2015 – seven years afterwards – demanding that I pay the £500 I owed them. It was horrifying to find myself financially linked in a debt with my ex-husband yet again, but it turned out that the reason was that he simply ignored their demands and never paid his share. After several snotty letters from myself with proof that I had made my payment (and that’s why I keep bank statements forever) the government graciously wrote to tell me that they realised that I had paid, and were now writing off my ex-husband’s debt.

At least it was over.

Since that time I haven’t had any problems with money. I remarried six years later – my husband is a man with, like me, a low income, but between us we’ve saved furiously and become more financially stable than at any other point in our lives.

It doesn’t matter how much you earn if it’s spent as quickly as you earn it. It doesn’t matter how wealthy you appear to be on the outside. What matters is finding a way to live within your means so that you provide the essentials for yourself and your family and avoid the stress and unhappiness that debt brings with it.

Even though the marriage was long over, there was still a financial link between myself and my ex-husband. When I found this out – seven years after the split – I felt utterly sickened. I had to write to the credit referencing agencies asking for a financial disassociation, which severed that connection and ensured that his adventures with credit would not affect me.

Getting into and out of debt

Everyone’s situation will be different, but the effects of debt are universally damaging. I had help from my friends in the form of emotional support and practical assistance, but if you’re in debt, you may need a different kind of help. However you get into it, what matters is that you get the help you need to find your way out. That will mean getting good, qualified advice, and soon I’ll be posting resources for finding the help and advice you need. 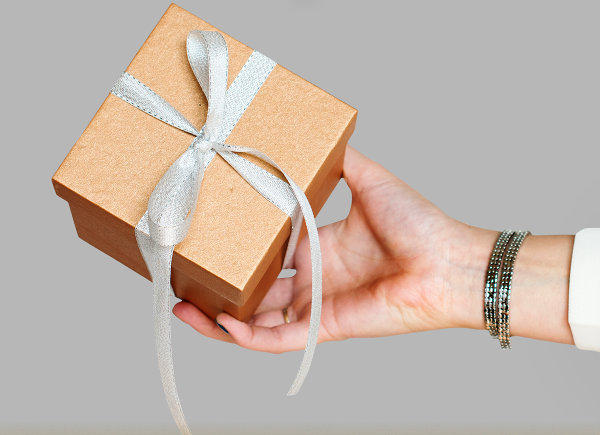 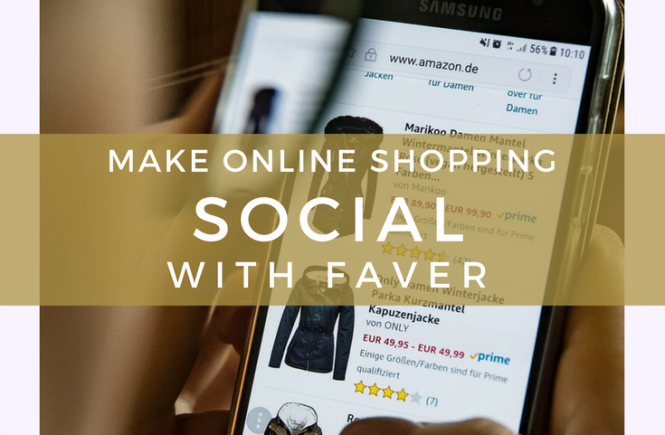 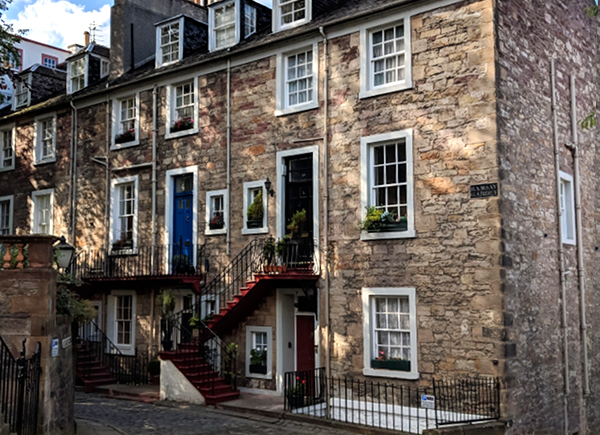 Five Things To Consider Before Getting A Mortgage