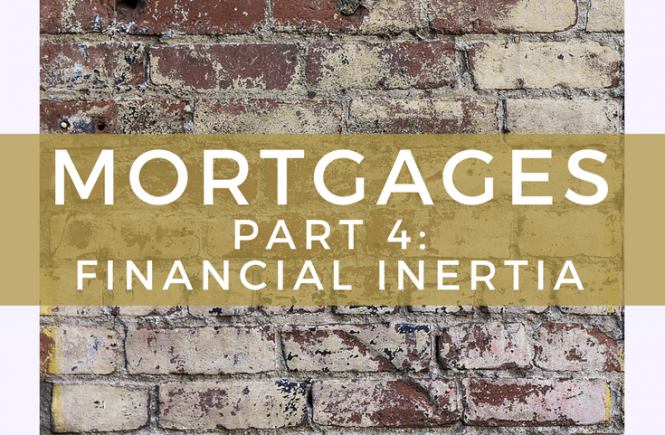 What keeps us going back to certain companies year after year: is it inertia? Is it loyalty? Or is it really fear?

When I say inertia, I don’t mean laziness, as in not wanting to work to earn money. I’m talking about financial inertia.

I once got into a conversation with a co-worker about her plans to get a mortgage, and nearly lost all my hair when she said, “I don’t know about mortgages. I’m just going to go to my bank at lunchtime.”

Yes, I was screaming inside. I just really, really, really wanted to shake her by the shoulders and tell her to go shop around instead of just going to her bank. I knew her bank didn’t have the best rates because it was my bank as well (one of them).

Well, I pulled myself back from the brink of prime jerk-ness by keeping myself out of her personal business, because really, what she decides to spend her money on is her choice unless she requests my opinion… and of course, I’m no certified expert.

However, I have figured out that inertia is one quality that banks and financial institutions absolutely love in their customers. Why else do UK banks dangle money in front of us to take up their current accounts, which are actually loss-leaders for them?

Because they know that once they have you, you’re likely to get comfy. You’ll like sitting comfortably, because moving to another bank is a faff, and isn’t it so much easier to have all of your savings and loans all in one place? So much easier!

So once you’re hooked on the bait of £100 for switching to a new current account, you’ll probably want to put your spare savings into one of their ‘competitive’ (by that I mean not competitive) savings accounts, and you’ll go into the branch to pay in a cheque one day and see a big ol’ poster about the great mortgage you could take out there… or the life/home/car insurance they could so conveniently offer you as one of their special customers.

Because your bank probably won’t have the best rates for any of those products.

Hey, maybe they do, but one-size-fits-all doesn’t apply to money matters.

Would you take the blind chance that your bank will offer the best option for you out of all of the others out there? If so, it may be down to your sense of loyalty… and anthropomorphism.

Ok, I’ll admit that this isn’t only about mortgages, but it has its place in how you come to choose the biggest debt of your lifetime. So, do any of these sound familiar?

Yet you can’t expect that your bank or insurance company will do what is right for you. They are profit-making organisations, after all.

Once we tried to help a friend with some of his money worries (lost more hair over that than I’d have liked), and one thing we asked about was his impending car insurance renewal. We pointed out that he could shop around with a comparison site like Go Compare or Confused via TopCashback* or Quidco* – killing the proverbial two birds by getting the cheapest quote and getting cashback on top.

He didn’t want the bother. He was sure that his insurance company would be the cheapest, because, well, he’d been with them for a year, of course.

Ste did a few back flips to point out that all insurance companies usually raise their premiums every year, for no reason other than customer inertia.

It didn’t work. He was sure his insurance company would come back with the best price.

2 – You think they’ll be loyal to you in return.

Erm… no, they won’t.   You want to be loyal to them because you think it’ll rub off, and the clever marketing bods have used a friendly face or a cartoon cat to sell their mortgages.

Anthropomorphising a huge corporation is great for marketers because it’s sticky – I have no idea what rates Halifax are offering on their mortgages these days, but I knew when Top Cat was giving them the thumbs up… and I still remember Howard!

Yes, some banks are great at buttering up their customers. First Direct once sent us a bottle of wine by way of apology for a minor error, and in total honesty, I loved their customer service. However, if I go back it’ll be for the 6% regular saver, not for the warm and fuzzy feelings.

Unless it’s in the small print (eg. this product is available to current customers only) then don’t think you’re as attractive as the customers they don’t have yet… because you’re not.

Ok, this isn’t as nuts as it sounds – fear is a kind of anti-motivator.

Sometimes we do put off making that call because we don’t want to deal with a disappointed/angry/judgmental human voice on the other end of the phone line. That’s why some companies insist on cancellations only being processed over the phone!

That inherent temerity, combined with the hard-sell employed by the retentions team, can often mean that you can be guilt-tripped into staying put.

You may even be put off of making that call or click in the first place because you’ve imagined that you’ll hurt their feelings. Well, you are in a kind of relationship with a bank or insurer, but it’s definitely not romantic. There are plenty of fish on both sides, and it’s ok to… hey! Let’s just stop with the anthropomorphised relationship metaphors.

That company is not a person. Be nice to the poor folks in the call centre, but don’t spare the company’s ‘feelings’.

End of a long post –  Don’t give in to financial inertia.

Don’t expect anyone else to do what’s best for you. Find out where you can get the best deals for you, and instead of being loyal to a company, be loyal to yourself. 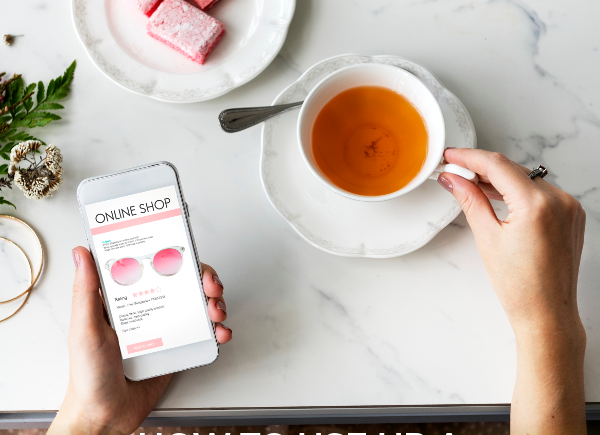 How To Use Up A Virtual Mastercard 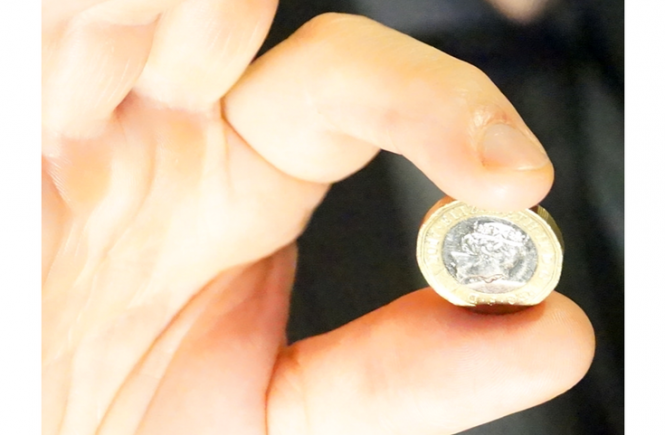 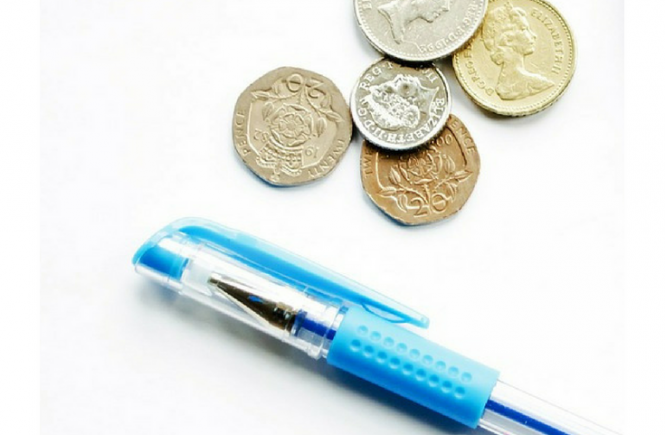