What a week – it’s gone at breakneck speed. I guess it’s the same most weeks though, right? As usual I was wondering what thrifty things I’d done, and when I started writing, I couldn’t stop – I’ve had to pick the best ones!

Over £4 in APG coupons

This week’s shop was £4.11 cheaper thanks to my APG coupons – I love it! Learn how you can easily get coupons for Asda here.

We have an event to attend this weekend and it’s a fair old drive. As our banger is, well, making noises that are more sinister than banging, we asked some friends who are also going if we could share the ride in their car. We’ll pay towards petrol and a meal afterwards, and we’ll both be better off for it!

Buying big packs to get more for less

I love almonds. They’ve been my snack of choice for years, but I hate having to shell out lots of money for them. I realised that the biggest packs available in Asda are much cheaper per kilogram, so I always choose to spend a bit more upfront and have them last a bit longer, rather than paying more for smaller packs, more often.

The big packs are slyly hidden away on the lowest level of the display as well, with the more expensive smaller packets right up at eye level. I see what you’re doing there, Asda!

Found an identical item on Amazon for less

You know I don’t shop a lot, but I have a list that’s building up, and I thought I’d get a few things this week. Then I decided to buy a present for Lord Balders out of my money (we allow ourselves £50 per month guilt-free spending money), so I felt even better about shopping!

When I’d found just the thing online, with a 10% discount, I realised that the shipping cost would push it up by £3.50. Gah! So I managed to find the same thing, sold by the same company, for the same price, on Amazon. This time, there was no 10% discount, but there was free shipping.

If you’ve lived for any length of time, you’ll have realised that cat wee is the most disgusting, recognisable and hard-to-shift stench known to mankind.

We’re falling in love with our three kittens – so hard not to when they come running to climb on top of you as soon as you come into the room – but suddenly they decided to make a toilet under my son’s bottom desk drawer, where we couldn’t see it.

Well, I’ve fought a stinky wooden floor before and won, so I got my jug of hydrogen peroxide out from under the sink (needs to be kept in the dark to stay active) and sloshed it all around. This stuff works. Yes, it’s the same bottle I bought in 2015 when I had to tackle my bathroom floor! It works so well it’s even taken up the paint, but I don’t care. I have more paint, what I don’t need is cat wee stink.

Got cats? Get yourself some hydrogen peroxide – you won’t regret it.

What frugal things have you done this week? Share yours in the comments below! 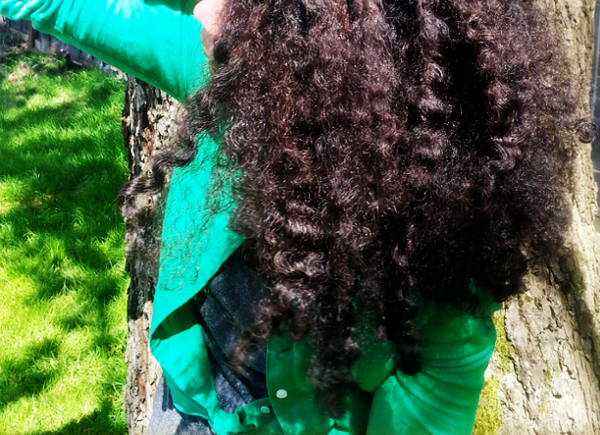