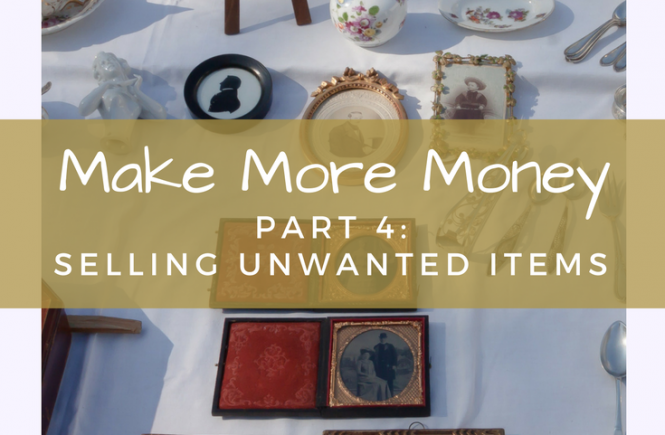 When I wrote my list of things to try to make more money, I knew that this would be one of the hardest for me.
Why? Honestly, I don’t really know; I’ve furnished my entire life through eBay for the last two decades, and I know my way around it. Selling on things you already own and don’t need is the easiest way to make a bit of cash. In fact, when my finances were at their lowest point and I had no income at all coming in (and a toddler to look after), I sold secondhand items at car boot fairs and online via eBay. It really helped! But what’s changed about my outlook?

I just don’t want the bother of selling things.

I know what to do, but I’ve been putting it off for weeks now. My reason’s the same as most other people’s reasons: it can be a chore. I meant to list a few things last month and use the sale results as a basis for this blog post, but I kept forgetting and putting it off. But hey, that’s no good. Couldn’t be bothered to make a bit of easy money? I should be ashamed of insinuating that on this blog! So here’s what I thought I’d do to make it more interesting all around: compare a few different selling platforms and give my reviews.

Here’s what I tried: eBay

Here’s what I didn’t try, although I’ve tried them in the past: Preloved and car boot fairs. Heck, I’ve even shoved all of my belongings onto my driveway with a sign saying “moving sale” (yes, I was actually moving).

So how’s it going? Let’s start with the biggie.

I started with eBay

because I know it so well. I’ve bought and sold for years without hassle -in fact, I once had an eBay shop. Because of its huge user base, I decided to list some household goods and outgrown kids’ shoes – a random mix that might appeal to someone hunting for a bargain.
This time, I used the eBay app for listing – it was so frustrating that I nearly threw my phone across the room. Pictures were uploaded and then dropped, and carefully crafted descriptions disappeared until I could only summon up something feeble along the lines of: “Mug. Very pretty.”
Maybe it was just my phone, or maybe I was just having a bad day – it doesn’t matter. I’ll never bother with the app again, frankly. I’d rather keep my stress levels low and keep my hair. It was everything that I wanted to avoid when I thought about selling.Another thing I was wary of was the fees. However, I decided to stick with it because I thought I had more of a chance to make some money through eBay even after fees.So far, I have a few bids, and I’ll update this post with the results and of course, the profit after fees.

I was initially very hesitant about using Shpock again. I’d tried it over a year ago and had mixed results, but the mixture was heavy with timewasters and chancers.
Shpock brands itself as the boot sale app for beautiful things, but in reality, there’s no real content curation; I’ve only seen a handful of beautiful things listed there, and the majority of listings are poorly lit and rather grim-looking. There are many items listed now that were on sale when I last used it, which is not a good sign.
Looking through others’ listings, it seems that there’s a lot of bartering going on and a lot of cheeky offers. Seeing as the user base is relatively small and listings are shown by geographical proximity, I decided to list some very cheap items which would be easily delivered or collected. I chose to sell some costume jewellery. I’m not keen on the link to users’ Facebook profiles, but I let the app post my listings to Facebook, more for the purpose of this blog than any real notion that my friends would be interested in buying.

One thing that I was pleasantly surprised by was just how easy it was to list items for sale. Sure, they’ve got less chance of selling on Shpock than on eBay, but because Shpock is more the app equivalent of a handwritten ad in the newsagent’s window, there’s just a lot less to do.I also realised that there are filters I haven’t been using to sort items by date, price and listing time. Interestingly, when I changed the filter, I found a toe listed for £30. Sadly, the listing was deleted. I don’t think you want to see the picture anyway.

I actually came away from the experience a lot more likely to use Shpock again, but only for things I’m not in a hurry to part with or that aren’t taking up room. Another potential sales avenue can’t hurt, can it?

I really didn’t want to post anything for sale in my local Facebook Buy and Sell group – as with Shpock, I don’t really like having my personal profile linked to my sales. The psychological barrier for someone hesitant as me is even greater when you factor in having to be approved by a group admin and having listings approved. This probably doesn’t matter for most people.
I listed only one thing – a table that had been given to us by friends that we no longer needed. I chose this because the local aspect of the groups meant that we could offer bigger items for sale, as we could deliver or have them collected. Well, I’ll admit, it was a lacklustre listing… but my heart wasn’t in it. Hey, I tried! This may end up on eBay before long.

Talk about a surprise entry – I had absolutely no idea about selling on Amazon until a few weeks ago!

I opened an account specifically to sell something for this blog post – it was a bit more of a production than any other seller account I’ve set up before, but I got there before too long.

I found it remarkably easy to use once the account was set up, but I thought I’d be clever and choose the best product for this platform – one with a bar code to scan in order to make the process simple.
The “Credit Crunch Survival Kit” (this is an affiliate link) was a joke wedding gift to friends of ours before they passed it on to my husband a few years ago. It’s the kind of thing that you give to someone for a laugh… then they do the same. Maybe someone out there is in need of a cheap gag present, who knows? Amazon found the product image and description for the new product, and I added my own pictures to show the current (not great) condition. So far, so good.

Will I list more on Amazon Marketplace? I don’t know – I may look at my book collection and see which ones I can bear to part with. No promises.

Now for the ones I didn’t use…

There’s no point in messing about with this anymore – I did manage to sell my dear budgies on to a very good home a few months ago, but it took so long… and the entire process, whether via the website or the app, was painfully long-winded. The app never showed any messages that were sent to me and I gave up on it before too long.
In all, it was a disappointment, as I’d have loved to have found another good, free platform for buying and selling, and it could be just that. I might go back to it eventually, but not right now.

Car boot fairs certainly work if you want to offload lots of things all at once, but we don’t actually have all that much to get rid of right now! We also don’t have a morning/day spare and I know that Lord Balders certainly doesn’t have the inclination. Still, these are pretty reliable for bringing in a bit of cash, but don’t expect that you’ll necessarily sell absolutely everything you take with you on the day.

An Ad in the Paper

I’m not kidding, my mother-in-law still does this! Actually, she’s wrapping that up as it doesn’t really make her as much of a profit as it used to.
Lord Balders’ mum is an old-school bric-a-brac dealer who, like me, sold second-hand items to get her through hard times. She’s far from broke now, but she’s addicted to sales – she even does a weekly flea market with her odds and ends! She often takes items from others and sells them on her stall for a small commission, and if there are things we no longer need and don’t want to sell ourselves, we give them to her to replenish her stock.
Flea markets are hard work though, and we’d like to get her set up with one of these online alternatives, but getting her to use the internet is like getting a fish to ride a bicycle. We’re all people of our time, I suppose, and the important thing is to try different avenues to see what works for you.

I’ll be listing lots more to Shpock in the days to come, because although it’s limited in comparison to the eBay and Amazon, it’s free! I’ll be updating this post with the outcome of my sales ventures and links to new posts.

Do you agree with my reviews? What works for you when it comes to selling secondhand goods? Let me know in the comments below! 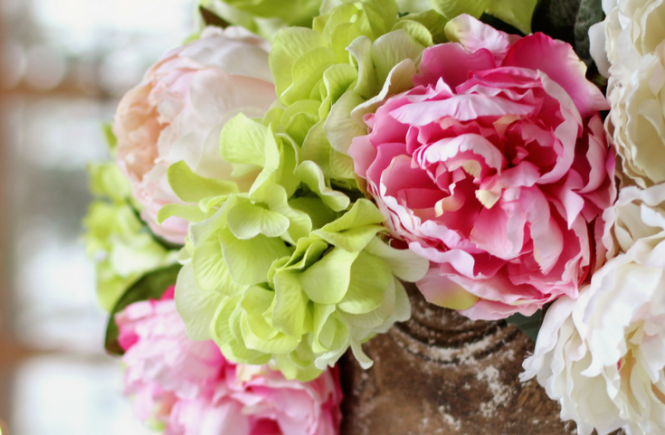 Should You Take Out A Loan For Your Dream Wedding? 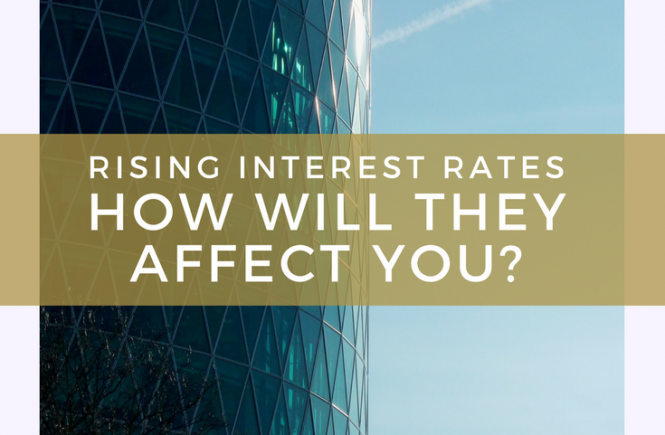 Rising Interest Rates – How Will They Affect You?